In the Fortune magazine list of the world’s 50 greatest leaders, the first thing that struck me is the large number of women who made the list this year. 22 of the 50 spots were occupied by women leaders, and if you consider that the 34th spot was shared by four women, that makes it 25 out of a total of 53. That’s close to 50%. Given that many women choose to slow down if not completely opt out of their professional careers due to family and other reasons, that’s a very impressive number.

I’ve always maintained that women make better leaders than men because good leaders need to have the ability to be both tough and compassionate at the same time – something women do better than men. This is just one study that proves my point, wherein women leaders scored better than men on 12 of 16 leadership competencies measured. I am therefore really glad to see so many great women being recognized this year. Having said that, the main purpose of this article is to extract key leadership insights from all the leaders featured on the list, both men and women, but I couldn’t resist pointing out the good news first.

While Fortune senior editor Geoff Colvin lists three lessons we can learn from the greatest 50, I believe there is a critical fourth that he does not point out. Colvin’s three are as follows:

It is definitely a leader’s job to offer hope for a better future. In fact, it is her primary job. In the age of 24/7 virtual connectivity, the need for face-to-face interaction cannot be over-emphasized. Studies have shown that when people work on common goals in close proximity, their neurons mirror each other’s, thereby enabling greater empathy and trust. Finally, real leaders indeed build bridges rather than wage wars with their opponents because they know that in most situations, a win-win solution is possible.

Colvin’s list of lessons is good, but I believe the most important commonality shared by most of the leaders that made the greatest 50 is that they never gave up despite a huge amount of resistance. They continued to persevere against strong odds. In other words, they managed to find and harness their personal leadership energy.

Leadership energy is the force that prevents leaders from giving up amidst the most formidable of resistance and obstacles. At the end of the day, the only difference between leaders and non-leaders is that the latter give up. Let’s face it, if any of these great men and women had given up on the tremendous challenges they faced, they would not be on the list. In this sense, long-lasting leadership energy is the main ingredient of leadership, and it is made up of 1) strong conviction in a set of deeply held values, and 2) a values-based purpose. Think of any leader that created a better future and you will find that at the core, what defined them was a set of deeply held values, and a strong sense of purpose derived from their values. The 2017 list exemplifies this very well.

At #44 is Frank Mugisha, Sexual Minorities, Uganda. In a country where homosexuality is a crime that gets offenders a lifetime in prison, Mugisha at just 14 years of age spoke out against the anti LGBT law, and led a campaign that eventually abolished it. Now 37, Mugisha continues to face tremendous hostility, but is undeterred because of his strong leadership energy which is fuelled by his deeply held values and purpose.

At #2 is Jack Ma, Executive Chairman, Alibaba Group. Ma started out as an English teacher, a language he learned by practicing on foreign tourists while offering free tour guide services. When he finally discovered the internet in the early 90s and decided to go into the e-commerce business, he failed several times before founding Alibaba in 1999. But throughout his struggling years, he never once considered giving up. The rest, as they say, is history.

Former U.S. Vice President Joe Biden at #23 is another example. After first losing his wife and baby daughter in a car crash in 1972, he lost his son to cancer in 2015. Rather than allowing these tragedies to crush him, he decided to make cancer cure the purpose of his life, something that he focused on with great devotion throughout his tenure in office, and plans to continue in his retirement. When he left office, his approval rating was at an all-time high of 61%.

Hu Shuli, Editor in Chief, Caixin Media, at #47 was suspended as a young reporter in 1989 because she wanted the newspaper she worked for to cover Beijing’s Tiananmen Square protests. Undaunted, she started her own paper Caijing to highlight everything from corruption in government to stock market manipulation. Her current outfit continues to champion the cause of transparency in China despite the significant risks associated with it.

Finally, at #1 is Theo Epstein, President, Baseball Operations of the Chicago Cubs who changed the player selection process to focus heavily on character. As the authors of the Fortune article put it, “Now character did not just matter. It was essential to Epstein’s blueprint to win the world series.” The approach was instrumental in the Cubs winning the series in 2016 after a 108-year drought. If there was one thing Epstein had learned from his earlier tenure as the manager of the Boston Red Sox, it was this: his devotion to the data driven Moneyball approach to team composition was by itself not enough to win consistently on the big stage. Players’ values counted equally if not more.

All the above examples, and most of the others in the greatest 50 list point to the fact that the constant companion of leadership is resistance, and that one needs to uncover and harness long-lasting personal leadership energy in order to create a better future.

So, what are your most deeply held values that define who you are? Do you stand by your values even when inconvenient?

What is your purpose in life? Is it based on your deeply held values?

Luisa A. / Director For Sales 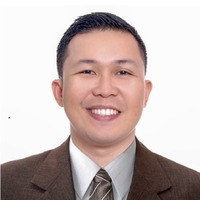 Other articles written by Rajeev Peshawaria

Happiness: The most important pre-condition for powerful leadership

Let the cream naturally rise to the top

The other duty of corporate governance

What does it take to be an impactful leader in the 21st century?

No such thing as bad leadership

The top two sources of self-worth