Compared to last year, the Philippines had a slightly more sizable presence at the 2019 Singapore Fintech Festival. For the first time, members of the Fintech Association of the Philippines had a booth showcasing some of the more well-known homegrown financial technology companies, such as Dragonpay, Coins.ph and Globe’s G-Cash.

But only one Philippine bank was present at the SFF this year. It was also there last year, which makes it the lone Philippine bank that has made its presence felt in the annual event where startups, entrepreneurs, policymakers, investors and academics gather to discuss trends and exchange information about where the industry is now and where it’s headed.

Just like last year, when it splurged on a country pavilion, UnionBank didn’t scrimp on its “booth” at the SFF this year. The two story exhibition had a digital tablet projected into a much larger screen showcasing the bank’s suite of innovations and APIs or application programming interface on the first floor. Bank reps greeted passersby and everybody who wandered inside. And upstairs was a lounge where visitors and guests could relax while servers passed around snacks and drinks. The bank's two big bosses—Chairman Justo Ortiz and President and CEO Edwin Bautista—were busy entertaining walk-ins and chatting with visitors and guests, just like they did last year.

The decision to splurge on a strong, unmistakable presence at the SFF—the world’s largest convention devoted to technology and innovation in the world of financial services—is a testament to its commitment to remain agile and ahead of the curve in the industry. While other banks are trying to play catch up in terms of digitization, UnionBank is clearly head and shoulders above the competition, at least in this respect.

“What I remember clearly was being told that we should digitize or perish,” said Bautista. “And once we went over that, we had to create a view of the future…and envision a world where banking is almost ‘invisible.’”In the beginning, Bautista said the company’s willingness to go all out in its digital shift, and gauging just how far the bank could take its commitment to digitization, caused him sleepless nights.

“We knew one thing: the world is not going to be what it is today,” Bautista said. “Banking will not be banking of the past. But how far into the future could we see? Because there was that distinct possibility that you could overshoot the runway.

“The board asked, ‘You’re going to spend a lot of money on these three technologies—blockchain, robotics and artificial intelligence, and data science. Are you sure that banking is going to be invisible? What if banking will just be the way it used to be? Then we would have spent all this money for nothing?’”

Of course, like most everything else, banking has not been immune to being disrupted by technology. But Bautista and his team’s big bet on tech and innovation is paying off. He said the company has already overshot many of its targets and that it has acquired close to 750,000 new customers in the first nine months of the year. Total operating expenses grew by five percent, which was one percent lower than the average salary increase for the company.

“A lot of this is because of the low hanging fruit, which includes the automation of the back office,” he said. “And we were able to acquire customers with near-zero marginal cost.”

“We should digitize or perish,” said Bautista. “And once we went over that, we had to create a view of the future…and envision a world where banking is almost ‘invisible.’”

Arvie De Vera, UnionBank’s senior vice president and head of its fintech group, also delivered a short speech about one of the company’s most significant verticals. Project i2i is a blockchain-based clearing system that has made it possible to connect rural banks with each other and to the country’s larger financial ecosystem. The platform uses blockchain technology to make sending and receiving money much easier for residents of far-flung cities and towns in the country whose only access to financial services is through these small rural banks.

Launched in April, Project i2i—which stands for island-to-island, institution-to-institution, and individual-to-individual—currently has a network of over 40 rural banks and close to 200 branches, with more to be added soon.

Unionbank also signed a partnership with OCBC Bank Singapore to pioneer remittance services from the city-state to the Philippines through Project i2i.

“This is the first blockchain, cross-border, bank-to-bank transaction service,” De Vera said. “You have other blockchain-based solutions, but this is the first that uses the technology for remittance. Second, it’s account to account, which gives control now to the OFW and to the rural bank.” 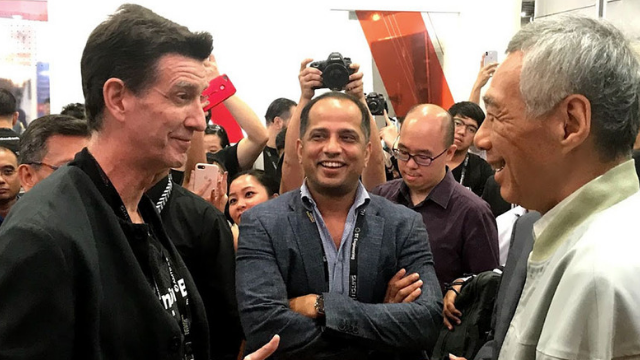 UnionBank, which has garnered multiple awards in recent years, including AsiaMoney’s Best Digital Bank two years in a row, has launched many other initiatives toward its goal of promoting financial inclusion to as many Filipinos as possible. Besides Project i2i, there was EON, its upgraded and fully digital banking platform that introduced the groundbreaking “selfie-banking,” its banking chatbot called Rafa, which is commited to deliver instant customer service to its clients 24 hours a day, seven days a week; and the ARK, the country’s first fully digital bank branch located along Ayala Avenue in Makati City.

“A lot of that transformation, we realize at the end of the day, was cultural,” Bautista said. “The technology was there, but we had to import talent. We also have to learn agile ways of working.”

While “agile” might just be a buzzword for a lot of other companies, it’s something that UnionBank has taken to heart. And for the company that’s arguably doing the most to manage the immense technological shift in how people are moving and managing their money, it’s exactly the word that’s going to get it ready to face other challenges in the years ahead. 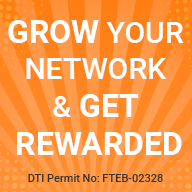 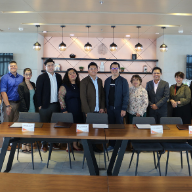