Bureau of Internal Revenue (BIR) Commissioner Caesar Dulay said compromise agreements with erring taxpayers, which were done within the bounds of the law, helped the agency collect taxes.

“So ngayong 2021 tuluy-tuloy (This will be continued this 2021). I appeal to the taxpayers to take advantage, first, of the amnesty and second, to the program of compromise agreement,” he said.

BIR’s Tax Amnesty on Delinquencies (TAD) program, implemented in line with the Tax Amnesty Law, was originally set for implementation only until December 31, 2020. Its deadline was extended until end-June 2021 to heed the policies under the Bayanihan to Recover as One Act.

Relatively, the Voluntary Assessment and Payment Program (VAPP) allows taxpayers to voluntarily settle their unpaid taxes, with or without an ongoing audit or investigation. Interested parties will not be audited for their 2018 taxes.

As of November 2020, BIR said it has collected more than PHP200 million from these two programs within three months after their implementation.

“Now more than ever, the whole nation relies on the Bureau of Internal Revenue’s bold commitment to provide the revenues needed to support our people and push our country forward towards a strong economic recovery,” he said. 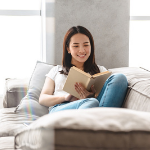 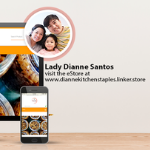 How this mompreneur got a wider market with her online store

BIR Compliance and Social Media Marketing in the Philippines: Tax Matters for Companies and Influencers