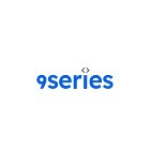 Background: Flutter is Google's UI toolkit that allows one to create user-friendly apps, from a single code base. With its numerous platform specific features and flexible user interface, Flutter has become a useful tool for developers. This article examines the various features of Flutter for developing cross-platform apps.

As an open-source Software Development Kit (SDK), Google developed Flutter that enables developers to write only a single code for both Android and Apple apps. It is an excellent programming language and a simple method to design and build stunning apps. It is equipped with Material Design for Android and Cupertino for Apple platforms.

Apart from a speedy app development process, Flutter considerably reduces the production costs because of its single code base. Many big companies already use Flutter for app development.

Flutter operates on platform-specific features that makes it a better choice than others. It adopts the natural look of the device with specific scrolling, navigation, fonts, etc. Developers find it easier to build an interactive user-interface with Flutter. Plus, it takes comparatively less code to sync and update the view of the app. The Flutter engine and UI Library are the main components behind the speedy performance and integration of resources.

Major features of Flutter for Android and iOS app development

Apart from a speedy app development process, Flutter considerably reduces the production costs because of its single code base. Due to its architecture, it's a great competitor to React Native. Many big companies like Spotify, Alibaba already use Flutter for app development. Here are some of the essential features that make Flutter standout among the rest:

Similar to React, Flutter also has the feature of hot reloading. However, it is faster, easier and more powerful. Hot reload is simply making the required changes in the code and see them as and when they happen. With this feature, developers can add multiple features, and fix issues in milliseconds.

Additionally, it helps maintain cooperation between a designer and a developer. If there is a need to change to enhance or change the look and effects of the app, they both can work together. While most of the things can be changed through hot reload, there are some restrictions. These limitations require a full restart that consists of changes in State and changing enumerated types to regular classes or vice versa.

Also read: 5 mistakes to avoid while creating your mobile app

Flutter has the capability of developing customisable widgets. Equipped with Material Design and Cupertino sets of widgets, Flutter offers a glitchless experience. Widgets form an essential part of the app interface and its view. It doesn't matter what the screen resolution is, widgets have the onus to provide natural look and feel. Plus, they also have to be quick and customisable. Flutter's concept of everything is a widget, this simply means that widgets have multiple purposes. Apart from using them for viewing, they are used for screens and apps too. Hence, developers can develop apps by creating complex ones using simpler ones. The foundation library also has methods to leverage interface with commands from "canvas" to use drawing and texting.

Access to native features is probably one of the best features of Flutter. Developers get a lot of help in enhancing the experience through native codes, programming interfaces for a platform, and integration with third parties. Also, you can easily access the features of both the native platform and SDK. Plus, developers can also reuse programming languages.

Hence, now the platform-specific apps with functions like cameras and locations that require native access can be easily developed. Since Flutter allows reuse of existing native languages like Java and Swift, these features can be easily implemented.

Additionally, since Flutter works on a single code base, it facilitates the cross-platform development for apps. Developers can write code once and use it for writing codes for different platforms.

Through the UI libraries, Flutter can draw UI components on its own. Hence, this facilitates rendering. If an object is rendered in a way on an Android testing device, it has to be rendered exactly that way on any other Android or iOS version too. This feature also gives a certain level of interface safety compared to other languages.

The UI components in React or Xamarin have their properties supported with one or another platform. It could also be the case that even after being supportive, their translation with native features isn't smooth. This is the reason why developers have to write specific codes and test on multiple devices. Because using an unsupported attribute in an OS, can cause the app to crash or might even look like a broken one to some users.

Flutter uses Skia graphics that are used in the Chrome browser for enhanced visuals and graphics. Hence, developers can create an eyeball-grabbing user interface that is capable of facilitating enhanced user experience. It also contains effective tools for developing unique interface layouts and designs. Additionally, the 2D rendering boosts the imagination with excellent animations providing flexibility with programming interfaces (APIs).

Flutter is a functional and reactive framework that enables the developers to inculcate their skills properly to enhance productivity. Apart from that, the Dart Syntax provides support with its extensive library.

Compared to Swift or even Kotlin/Java, Dart is a simple and yet powerful language. It is wholesome and is more consistent than its other counterparts. The coding language has features like asynchronous programming with await/Future. Plus, Dart offers built-in support for both types of testing. Developers can test logic with unit testing as well as interface communications with widgets too. In simple words, they can test gestures, find complex widgets, read and verify widget properties' values. Additionally, it also offers the feature of applying themes to any aspect of the interface.

Moreover, unlike React or other languages, Dart is equipped with a compilation of Ahead-of-Time (AOT) along with Just-in-Time (JIT). They both have their specific functions. AOT enhances the starting time, operations and performance while JIT facilitates the system functions with hot reloading.

All the above features prove that Flutter is a great idea to start developing mobile apps. The biggest concern for developers is perhaps writing two separate codes for two different platforms. However, Flutter has solved that problem with its single code base. Moreover, its time and cost-saving option that decreases the working hours to almost half. Flutter keeps productivity and quality intact. It bridges the gap between cross-platform development and native experiences. It is a complete combination of stunning visuals, enhanced user experience, and native performance.

Other articles written by 9series Solutions 5 mistakes to avoid while creating your mobile app