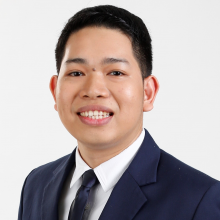 The global economy has had its fair share of a rollercoaster ride last year. The onset of the coronavirus disease 2019 (COVID-19) pandemic was swift; and in a short span of time, economic projections took a turn for the worse. The effects of the COVID-19 pandemic left companies spinning in a downward spiral in an instant, all looking at a fast solution to keep operations up and running amid the imposition of health protocols and the necessity of employing remote transactions. The unforeseen impacts of the outbreak tested the resiliency of firms and their ability to adapt to changing situations.

Toward the end of 2020, when businesses have gradually learned to adapt to modern means of corporate management and operations, economic experts and analysts have expressed optimism that 2021 will be a year of soft or subdued recovery. In January, the World Bank announced in a report that the global economy is seen to grow in 2021 following a contraction last year. The report cited that while there is an anticipated recovery, governments and policymakers still have a tough challenge to face — that of addressing issues in debt management, budget policies, and structural reforms, among others.

In the Philippines, the same optimistic outlook was recorded. In another report, the World Bank forecast that although it sees the Philippine economy contracting by 8.1 percent in 2020, it will likely bounce back by 5.9 percent this year and by 6.0 percent in 2022. The rosy projection is in line with optimistic results of the fourth quarter survey of the Social Weather Stations (SWS). Data gathered by the SWS showed that 91 percent of Filipinos remain hopeful that the economy will be able to weather the economic impacts of the global health crisis and will recover this year.

The results of these reports find support from signs of gradual economic progress including recovery of developed countries, increased remittances from overseas Filipino workers and the planned rollout of a mass vaccination program.

Three months into the anticipated year of recovery, the Philippine government announced that it is imposing another enhanced community quarantine as part of efforts to quell the spread of the COVID-19 virus, a statement which has since stirred renewed uncertainties across various economic sectors.

Ramping up adaptive business measures, optimizing online platforms, reducing expenses and diversifying their product offerings, receiving government support would allow them to step up their game in solving these challenges.

The announcement of another lockdown dashed hopes for recovery at least for the early part of the year for different firms, particularly those in the hospitality and tourism sectors, industries considered massively affected by the imposition of safety protocols during the pandemic. In addition to these industries, small businesses and start-ups constitute another sector, which remains in need of fresh support from the government during the new normal.

MSMEs in the Philippines

According to data released by the United Nations in October, micro, small and medium enterprises (MSMEs) comprise a majority of businesses in the Philippines and employ more than half (63 percent) of the country’s total workforce. Data from recent years also showed that these businesses constituted a considerable portion of the country’s gross domestic product. The Bangko Sentral ng Pilipinas also stated that most MSMEs are situated within low-income areas and as such, serve as drivers of growth for local economies.

The current community quarantine in the country is another challenge that small businesses will have to face even as they find ways to go beyond their operational blueprints to spur business recovery. A year earlier, when the pandemic set in, a big chunk of MSMEs experienced challenges in operations. While a number of these businesses continued to operate albeit at decreased capacity, the first community quarantine put a dent on these companies’ financial statements.

The Asian Development Bank cited in a post-webinar report that six months after the virus outbreak, many of these small businesses reopened despite a continued decline in domestic demand. Although the number of MSMEs, which reported low incomes decreased, overall, there was still a drop-in income across the segment. Challenges MSMEs faced during the period include access to additional funding. This is as MSMEs mainly relied on their own funds and other financial sources to stay afloat.

Government support was listed as one of the top measures that MSMEs desired, including business subsidies and tax reliefs. In addition, credit access provided by banks and financial institutions was also mentioned as a form of assistance that small businesses are looking forward to receiving. Such forms of assistance were earlier cited by the BSP as tools that can help MSMEs bounce back from the effects of the pandemic on their financials.

The recent passage of the Corporate Recovery and Tax Incentives for Enterprises (CREATE) Act provides significant tax reliefs to MSMEs in a bid to help them recover from the effects of the pandemic. Under the Create Law, small and medium corporations with net taxable income of not more than P5 million and total assets of not more than P100 million can avail of the 20-percent corporate income tax starting July 1, 2020. Small businesses with sales of not more than P3 million will pay 1 percent percentage tax only instead of 3 percent from July 1, 2020 to June 30, 2023.

Moving forward, government assistance for micro-entrepreneurs can come in the form of direct financial aid. In fact, the government has laid out initial funding for MSMEs under its 2020 COVID-19 Rehabilitation Support Program. More similar funding projects either from the national government or local government units are anticipated to help small businesses cope with the effects of the health crisis.

The reality is that MSMEs must continue to address key challenges amid the pandemic. While these businesses are facing these issues head on by ramping up adaptive business measures, optimizing online platforms, reducing expenses and diversifying their product offerings, receiving government support would allow them to step up their game in solving these challenges.

To be able to spur economic growth and recovery, the answer is clear. The government (both the national and local government units) must come up with new initiatives and policies that will respond better to the needs of MSMEs, a sector that has already been dubbed a driver of economic growth. By implementing a mix of sound monetary and fiscal policies on top of continued financial support, the government can help fast-track the recovery of MSMEs which can, in the future, help the economy grow.

As published in The Manila Times

Disclaimer: The views and opinions expressed in this article are those of the author and do not necessarily reflect the views, official policy, or position of GlobalLinker

Yusoph is a senior manager in the Audit & Assurance Division of P&A Grant Grant Thornton. He is concurrently designated as senior manager of the Firm’s Technical...

Yusoph is a senior manager in the Audit & Assu

Yusoph Maute / Yusoph is a senior manager in the Audit & Assu

Other articles written by Yusoph Maute How to fill in VAT returns from final to creditable VAT withheld on sales to...