As one the largest consumers of fossil fuel energy, India's coal consumption was recorded as the highest in the world in 2014 at 11.1 per cent, according to the 2015 edition of the BP Statistical Review of World Energy.  This growing consumption and its detrimental impact on the environment has been a cause of concern, and the government is aiming to increase share of clean energy through massive thrust in renewables.

With Prime Minister Narendra Modi rallying for renewable energy, India aims to produce 40 per cent of its electricity from renewable energy by 2030, as announced in the recently concluded COP-21 climate change conference in Paris. Even if, Solar Energy, alone is utilised, there is an immense potential in getting India on the clean climate path. Earlier in the year Prime Minister Narendra Modi said, “India is graduating from megawatts to gigawatts in renewable energy production. The government is even providing financial assistance and subsidies to those institutions, individuals who wish to install solar grids. Additionally, all railways stations and airports too will have solar power systems on rooftops.

Here are four areas that business owners and entrepreneurs may consider, if seeking to foray in the solar energy space:

Education plays a vital role for any industry/sector or an individual’s growth. In order to make the renewable energy available to all, the end-users have to be educated about it.  Dharnai, a village in Bihar, had been without electricity since three decades. When Greenpeace set up a solar farm in July 2014, instead of embracing solar, locals protested against it. When the former chief minister of Bihar came to inaugurate the solar project, villagers lined up to protest, screaming, “We want real electricity, not fake electricity!” Educational institutes and social organisations can play a huge role in educating consumers about the benefits and application of solar energy.

It is imperative that right training is provided while keeping abreast with latest technological updates. Traditional education institutes can expand their curriculum to provide for training of updated technologies. C Vamsi Krishna, Managing Director & CEO, PLNS Educators Private Limited, says, “The government has been promoting solar power, but there has been no formal training in installing and using the equipment. So when people use solar power, they find it difficult. And by word of mouth, solar power acquired the reputation of being something that doesn’t work. In my estimate, at least one million people could benefit from formal vocational training in solar power.”

The government is encouraging businesses, institutes and the private sector to generate solar power by providing:

Innovators and inventors always stay a step ahead in any industry. There is tremendous potential for small businesses to innovate and create solutions that are powered by solar energy. Solar powered gadgets, mobile chargers, cookers, refrigerators, water heaters and data backup systems available in the marketplace provide testimony to the fact that innovative products leveraging solar energy are capable of addressing real consumer requirements. 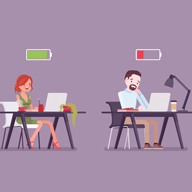 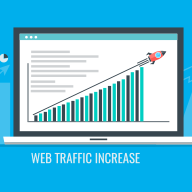 We have always used solar power & it can power our future