Virtual Teams and the 5 Stages of Team Formation: Tips for the Team Leader We operate in a non-linear environment today. Teams are widely dispersed. Project tenures, given the need for speed and quick go-to-market objectives, are often short. Teams are created and then dismantled.  In this context, it makes eminent sense to understand the various stages of team formation and the implications.

Here’s a question – do you really think virtual teams are a recent phenomenon? If you nod yes, you’re wrong. The concept of virtual teams has been in existence for a long, long time. It just didn’t exist in a formal framework.

Think of a highly successful industry that’s been around since the early 1900s. It creates teams, dismantles them and creates other teams for other projects. Often, members of one team will meet and work together again on another project. The success of these virtual teams has been phenomenal. Running into billions of dollars.

Yes, I am referring to film industries the world over.

Everything in this team is for a defined duration. The project could be for a year, a few months or maybe a few years. The budgets are huge, productivity is high – and outcomes are usually successful. Everything in this industry is hired on a temporary basis. Sets. Clothes. Costumes. Actors. Directors. Lyricists. Technicians. Cameramen. Even the catering unit.


See how this process works, both for the film industry – and for your organisation.


There are 5 stages to team formation. These are:

P.S. While different projects may see different time durations for each stage, the emotions are generally the same.

Your Virtual Chief Marketing Officer DirectMart offers a host of S.MAR.T services (Strategy, Marketing and Training) that help you reach where you want to go! We help you in...

Other articles written by Ajoy Vakil 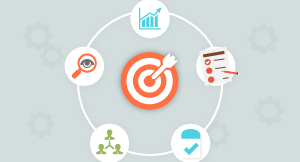 Tips to motivate & engage your team