Exporting: A vital and growing industry 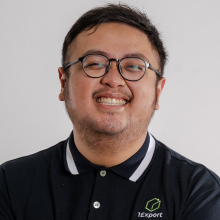 Exporting, in its simplest definition, is about offering goods (and now services) from one country to another. It is part of the trading system, that started earlier in our ancient times. We all learned in our history subjects that early civilizations were already been practicing the “barter trade” at our sea port. And it is also one reason why our country, the Philippines, has been also considered as a melting pot of different cultures.

But is exporting really needed in a globalized modern world? What are the benefits of it if there is any? Is it crucial for a business to be part of the exporting industry?

Many accounts have been written on how our ancestors were doing commerce with our neighbouring countries. This was the main reason why we have so many influences and ancient artifacts from different countries up to this day. One of the famous trading system and established route was the Manila-Acapulco Trade which was done using the galleons during the Spanish Era.

The Galleon Trade was so beneficial in establishing and development of the New Spain that time. Different goods from Manila were loaded into the big ships going to Acapulco, Mexico and vice versa. The produce were those profitable goods (particularly tobacco and porcelain products from China) and paid in silver. This also led to the local Tobacco Monopoly as an economy policy of Spain in Northern Luzon. The trade activity between these two queen cities ended in 1815.

There is also the famous Silk Road (considered as the first world wide web in history), a network of multiple routes connecting the East and West part of the world. This includes the Royal Persian Road that became an important point in transiting in Eurasia. The Silk Road was where goods, ideas, technology, beliefs and languages were being shared and transported from one place to another by different set of multiple traders through caravans. Silk was then widely used as an indicator of wealth in that time.

Being an exporter means that the global market is accessible. It is more open to people particularly businesses and more efficient than before. There is no such thing as a local market now, we only now have a global connected (and digital) market to enter and conquer.

After establishing the facts about exporting goods during ancient time, the first question now, is export really needed nowadays? YES. Trading particularly exporting, had interconnected different places and cultures. It helps to develop political and economic policies. It also established foreign affairs by having alliances/partnerships and or friendly competition for the country’s economic growth.

In our globalized modern world, for a business to be part of the exporting industry already means a lot. It automatically equates that:

Being an exporter means that the global market is accessible. It is more open to people particularly businesses and more efficient than before (using the world wide web and our platform). As they say, there is no such thing as a local market now, we only now have a global connected (and digital) market to enter and conquer.

Think about this, why go local when you can also go global with exporting?

To explore business opportunities, link with me by clicking on the 'Connect' button on his profile

Join a growing community of 300,000+ SMEs. Create your account now.

Other articles written by Daniel Remo Supporting MSMEs: The most effective way to bounce back the Philippine economy 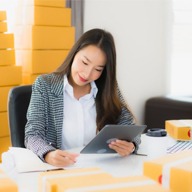 Going digital is the future of business